This post may include affiliate links and I may earn commission if you make a purchase through these links.

Children have an innate need for risk-taking. In addition, children who are encouraged to take risks at a younger age are able to better manage risk once they have gained more independence. A lack of ample opportunity to take risks may increase fear and inappropriate aggression, as well as limit the ability to cope with stress. All of this translates into an increase in physical and mental health issues, particularly in children. 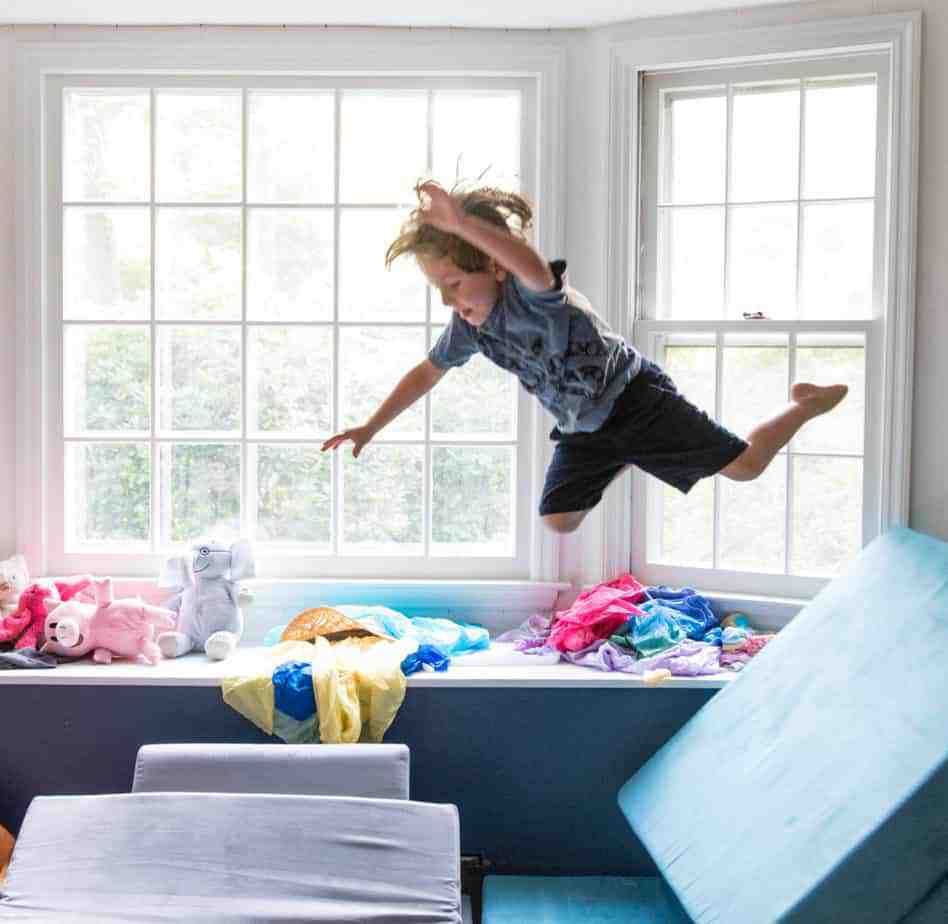 What is Risky Play?

To begin, risky play isn’t synonymous with dangerous play. For many adults, risky play is what we became accustomed to as young people. This was before fear became an all too present element in parenting.

Remember riding your bike alone or exploring the creek in the neighborhood park? These are normal, everyday activities that children should experience. Today, however, children are experiencing risky play less and less often.

Some ways you may see kids engaging in risky play are:

In addition, risky play is often unstructured. This means that the child is free from direct adult supervision. Of course, if you have a young child engaging in risky play, you may still be at the park or in the home nearby, but you are letting them climb, explore, and build without fear or retribution. Risky, unstructured play gives the child a chance to explore, imagine, and self-regulate in a way that structured, adult-initiated play does not.

Although risky play can happen indoors, so much of positive risky play happens outdoors. In a world dominated by screen time and personal devices, I am a huge advocate of getting our kids outside to experience nature! Rain, snow, or sunshine, outdoor play with risky elements helps children engage in imaginative exploration.

Dr. Peter Gray writes in his book Free to Learn, “Over the past 60 years we have witnessed, in our culture, a continuous, gradual, but ultimately dramatic decline in children’s opportunities to play freely, without adult control, and especially in their opportunities to play in risky ways. Over the same 60 years we have also witnessed a continuous, gradual, but ultimately dramatic increase in all sorts of childhood mental disorders, especially emotional disorders.”

Gray’s findings come from the study of a school, Sudbury Valley, that focuses on the philosophy of student ownership and community responsibility of learning. Ultimately, the students design their own learning path. Grade levels and formal courses are not part of the Sudbury way. In fact, risky play and exploration is encouraged. Gray sees the result as students that are more resilient, independent, and able to navigate the world after their school years.

Today, parents are often seen hovering over kids at the playground, or even worse, following them up into the playground equipment. Parents aren’t necessarily doing this to play with their child but to make sure they don’t fall or get minor bumps and bruises. “Helicopter parenting” isn’t necessarily new, but it seems like it’s becoming the norm rather than the exception. This also means many children aren’t scaling rocks and climbing trees anymore. They aren’t jumping from heights that are just a little too high. Our kids aren’t taking risks!

Funny enough, injuries haven’t decreased. In fact, it’s been quite the opposite. Why? Children are not testing their bodies enough. They are more likely to get hurt because they are grossly unaware of their physical limits.

We need to shift our mindset. These are things we should be encouraging our kids to do. Take a breath, step away from the top of the slide, and let them take healthy and age-appropriate risks. As Gray states in his 2014 Psychology Today article, “Play, to be safe, must be free play, not coerced, managed, or pushed by adults.”

When children are allowed to engage in risky play, it gives them a chance to expand their imagination. For example, building a fort out of couch cushions and furniture that a child may climb over and under can open a world of story-telling, building, and all-over imaginative play!

The power of play itself simply can’t be disputed. Play is the basis for how young children learn. By encouraging risky, unstructured play, children develop physical and mental skills that build imagination, resilience, and physical endurance.

Gray also states that risky play allows children to experience a healthy sense of fear. When adults do not allow kids to engage in risky play, they are unable to experience self-regulation and understand what their limits are.

Besides just being plain fun, risky play gives young people a chance to build resilience, fear, strength (in spirit and physicality), and experience a world of imagination. It’s time for adults to remember what it was like to be young again when risky play was a normal part of our everyday lives! Let your kids play, set some appropriate boundaries, of course, but let go a little bit to let them experience risky play.

If you’re looking for more information about the importance of play and tips to reorganize your playroom check out my e-book:

Simply Play: Everything You Need To Know About The Most Important Part of Childhood which you can buy here for only $4.99.

Outdoor Play: Why Does it Matter?

Type of Play for Development

100 Simple Things to do Outside With Your Kids

7 Essential Playroom Spaces (and why you need them)

The Power of Play

The Rising Need for Play Therapy

Encouraging Independent Play – When Your Kids Aren’t Used to It 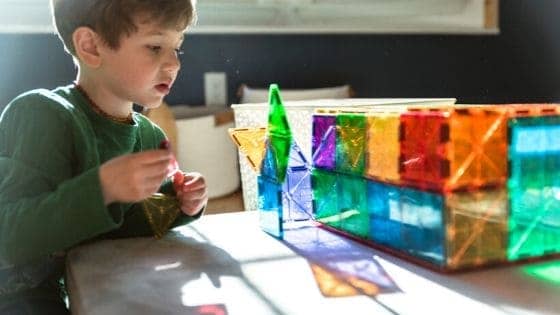 🔷AIDS🔷 What kind of organizing aids do you u

🔷LET'S GET REAL🔷 Is your child constantly fo

🔷BLOG POSTS🔷 What would you like to see more

🔷IMPLEMENT🔷 How have you implemented this we

🔷MODEL🔷 Keep in mind that the transformation

🔷WHY & HOW🔷 By asking questions with why and